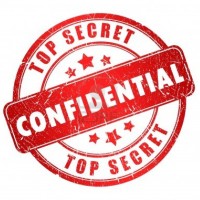 Employers have every reason to vigorously protect their confidential information.  In a competitive marketplace, the maximum value of a work product is highly dependent on exclusivity of ownership.  And as the saying goes, once the “genie is out of the bottle” it can never be back in.

However, a recent case from the Ontario Superior Court reminds us that no matter how much reliance an employer asserts over supposedly confidential information, that information must actually be, you know, confidential, before a court will give a restrictive covenant any weight.

In Plaza Consulting Inc. (c.o.b. QA Consultants) v. Grieve, the plaintiff employer sought an injunction restraining a number of former employees from soliciting its clients and current employees.  The defendants formed a new company that was in the same technology consulting business as the plaintiff.  Prior to this, the plaintiff was the only company in Canada which consulted on this particular type of technology.

The Court, however, found that there was no evidence indicating that that any confidential information had in fact been taken.  Further, the Court questioned whether any of this information was even confidential, let alone proprietary, given that:

The Court had harsh words for the employer, stating that:

[T]here is little in the record that could establish that there was anything unique about the Plaintiff’s busines soperations. [...]

[T]he most innovative parts of the Plaintiff’s businesses are the labels put onto what are otherwise widely shared approaches in the technology consultant industry.

The Plaintiff has spent its energy attempting to establish the misuse or wrongful appropriation side of the equation, but failed to address in a credible way the key first question – i.e. whether the information used by the defendants was confidential or proprietary at all. [Emphasis added]

As a result, the employer’s request for an injunction was denied.

Actually proving misuse of confidential information and/or unfair competition is difficult at the best of times, but the more lenient rules applicable to departing employee injunctions make obtaining any sort of remedy an even more onerous task.

As a result, employers should consider utilizing damage pre-estimate clauses as an alternative to restrictive covenants.  While they may not make an employer “whole” for its losses, their enforcement is akin to collecting on a debt in contract law, which is far less complicated than proving impropriety by a former employee.  Further, damage pre-estimates may also have a disciplining effect on an employee who is giving thought to acting in breach of the prohibited activity.  Note, however, that employers must ensure that there is a rational connection to the prescribed loss, otherwise a court may deem the damage pre-estimate to be an unlawful penalty clause.

If an employer is insistent on utilizing restrictive covenants, Plaza Consulting is an important reminder that what a court is asked to protect must actually be, you know, worthy of protection.  That means the information must be proprietary and confidential, and above all, not “borrowed from a freely available internet site.”