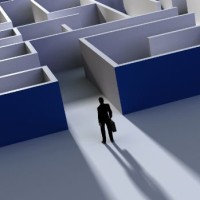 In the course of our workplace investigation practice we often encounter employees who insist on some form of representation.  However whether represented by a lawyer, union official, or even family member, there is a risk that the representative will end up doing more harm than good.  After all, the point of an investigation is to obtain the truth, so a representative who purports to speak and/or advocate for the employee can most certainly derail the process.  While the law is relatively clear on whether employees can demand representation in a workplace investigation, the question of whether employers should accede to it is a little more complicated.

Generally speaking, absent a provision in an employer’s policy to the contrary, there is no legal right for a non-unionized employee involved in a workplace investigation to have independent representation – legal or otherwise.  Rather, so long as an employee remains in the employ of his or her employer, that employer is entitled to deal with the employee directly, irrespective of whether he or she has retained legal counsel.

Recall that in Honda v. Keays, one of the reasons for the trial judge’s award of punitive damages was to denounce Honda’s refusal to deal with Mr. Keays through his independent legal counsel.  On appeal, the Supreme Court revisited this finding and specifically stated:

“There is no legal obligation on the part of any party to deal with an employee’s counsel while he or she continues with his or her employer.  Parties are always entitled to deal with each other directly.  What was egregious was the fact that Honda told Keays that hiring outside counsel was a mistake and that it would make things worse.  This was surely a way of undermining the advice of the lawyer.” [Emphasis added]

For unionized employees, whether there is a right to representation during workplace investigations will depend on the parties’ particular collective agreement.  While many collective agreements require representation during disciplinary meetings, this may not necessarily extend to investigation interviews, which, as part of a fact-finding process, are by definition non-disciplinary.  For example, in the federal sphere at least, the Canada Industrial Relations Board has confirmed that “[t]here is no provision in the [Canada Labour Code] that expressly provides a union with the right to attend each and every meeting than an employer may hold with its employees.”

From a practical perspective, an investigation may be regarded with less suspicion and more cooperation if an employee’s wish for independent legal representation is respected.  After all, the ultimate objective of the investigative process is to obtain the best evidence as efficiently as possible.  Securing the cooperation of the parties, even if it means allowing them to retain independent legal counsel, is one way to achieve this goal.

This being said, employers who permit participants in a workplace investigation to retain counsel should set certain boundaries from the outset.  Specifically, employees’ counsel should be informed of the parameters of the investigation, advised that all communication will continue to be made to the employee directly, and that the employer (and/or investigator) reserves the right to terminate legal counsel’s participation in the process if his or her conduct becomes obstructive.