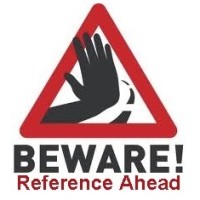 References present a double-edged sword for employers.  On one hand, employers typically want former employees to find new jobs as doing so will get them off the company’s severance payroll.  On the other hand, providing references may expose employers to dual-pronged liability in negligence and/or defamation.

Given the recent news that Canada lost nearly 46,000 jobs in December 2013 alone, now more than ever employers must be aware of the legal risks involved with giving an employment reference.

While a fact of life in the United Kingdom (“UK”) for approximately twenty years, in Canada negligent referencing has merely lurked in the shadows as a hypothetical claim which has yet to be tested by our courts.

In the UK, negligent referencing has reared its head in two ways:

Negligent referencing has its roots in a House of Lords decision from 1994, Spring v. Guardian Assurance (“Spring”).  In that case, the Law Lords ruled that employers must take reasonable care to avoid giving inaccurate or misleading references, since such references can be damaging to the “future prosperity and happiness” of former employees.

The status of Spring in Canada is somewhat of a legal wrinkle.  The Supreme Court of Canada took note of Spring in a decision from 2006, but that case had nothing to do with employment references.  Nonetheless, employee-side lawyers frequently rely on this wrinkle to launch negligent referencing claims.  These cases inevitably settle out of court, however.

As no Canadian employer wants to import Spring’s principles and high price tag of damages into Canadian employment law, the case may already be with us in the sense that it promotes a proactive and precautionary approach to employment references.

Unlike negligent referencing, which remains a hypothetical (though likely) risk, defamation claims pose a very real danger to employers who give employment references.  After all, the purpose of defamation law is to protect one’s reputation from injury.

Defamation involves harm to an individual’s reputation by way of a false statement to a third party.  However given the public interest in allowing the free-flow of information among employers, there is a defence of “qualified privilege” that applies when an employer gives a reference about a former employee.

To overcome this defence and be successful, an employee must show that the former employer was motivated by “malice” when giving the defamatory reference.  While this is no easy feat, if the defamation claim accompanies a claim for wrongful dismissal, it can be used to ground punitive and/or aggravated damages as well.

Given potential claims in negligence and defamation, employees essentially get two kicks at the can when claiming against their former employer for an inaccurate reference.

Compared to defamation, negligence presents a much lower threshold, and by extension, more risk to employers.  While an employer may not have been motivated by ill-will or spite, if the inaccurate reference was carelessly given and caused a loss, this may be sufficient for an employee to succeed in his or her claim, provided that Spring is accepted.

This all said, if references are given, it is crucial to remember that “negative” does not necessarily mean “negligent” or “nasty”.  An employer can be honest provided that it is acting in good faith and has the support of a solid factual foundation for any statements made.

For more information on employment references and tips on how to craft a robust reference policy for your organization, contact Ryan Edmonds at [email protected] or 416.777.4189.

* Special thanks to Ted Panagiotoulias, articling student in Heenan Blaikie’s Toronto office, for his invaluable help preparing this post.