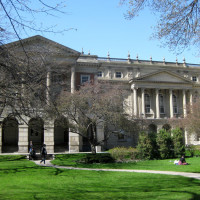 In Peel Law Association v. Pieters, the Ontario Court of Appeal affirmed that the test for finding prima facie discrimination under the Ontario Human Rights Code does not require that the discrimination was intentional.  The Court set aside a decision of the Divisional Court and reinstated a decision of the Ontario Human Rights Tribunal, which found that race and colour were factors in a librarian’s decision to ask the applicants for identification when they were using a lawyer lounge.

The Tribunal found that there were sufficient facts to support a prima facie case of discrimination and awarded each of the applicants $2,000 in Code damages for the injury to their dignity.

On judicial review, the Divisional Court quashed the Tribunal’s decision because it found that a prima facie case of discrimination had not been established under the following test:

a)      a distinction or differential treatment;

b)      arbitrariness based on a prohibited ground;

d)      a causal nexus between the arbitrary distinction based on a prohibited ground and the disadvantage suffered. [Emphasis added]

The Divisional Court quashed the Tribunal’s decision because it found that there was no “causal nexus” between the alleged misconduct (being asked for identification) and the prohibited ground relied upon (race and/or colour).

Ontario Court of Appeal: Intention to Discriminate Not Necessary

The Court of Appeal held that the Divisional Court erred in law by requiring a “causal nexus” in finding discrimination.  Noting that past jurisprudence had not used this term, the Court held that there need only be a “connection” between the adverse treatment and the ground of discrimination, and that the inquiry should focus on the discriminatory effects of alleged misconduct and not on the intention behind it.

Ruling that the need for a causal nexus “elevate[s] the test [for discrimination] beyond what the law requires,” the Court set aside the Divisional Court’s judgment and reinstated the Tribunal’s award of damages.

In Peel Law Association, the Court reaffirmed that intention is not a necessary element for finding discrimination under the Code, which in effect presents a relatively low threshold to meet.  Employers should be aware of this, especially in light of the Pinto Report’s recommendations that the range of damage awards at the Tribunal be increased to thwart those who would treat them as a “license to discriminate”.

Accordingly, proactive employers should take certain steps to prevent discrimination complaints in the first place and assist their case should the need ever arise.  For example:

As a practical matter, should an employer ever find itself before the Tribunal, it will always be helpful to show how seriously it takes its Code obligations.

For more information, contact Ryan Edmonds at [email protected] or 416.777.4189.  Special thanks to Paul Burd, Summer Student at Heenan Blaikie, for his assistance in preparing this blog entry.