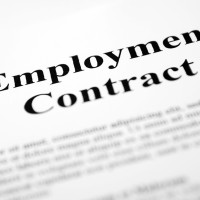 Just as commuters are urged to “mind the gap” when stepping from a subway platform onto an outbound train, so too employers are reminded to do the same when contemplating an employee’s departure from the company.

The “Gap”: What Falls Between Common Law and Statutory Termination Pay

In the employment context, the “gap” relates to financial danger rather than personal safety; specifically, the gap between the generous common law notice payments that courts often say employees should be paid upon termination, and the minimum amounts of notice and severance pay that employment standards legislation says employees must be paid. What is not apparent to most employers, however, is that unless a valid employment contract states otherwise, the law’s default position is that a dismissed employee will generally be entitled to receive more generous payments under the common law.

An employment contract implemented at the hiring stage can be an invaluable opportunity to fill this gap with notice and severance terms that protect your organization with predictable and manageable termination costs, while still providing fair compensation to employees at their time of dismissal.

Courts will only enforce contractual termination provisions if they are compliant with applicable law. This means that:

• The termination provision cannot provide the employee with less than what he or she would receive under the applicable employment standards legislation; and

• The employment contract itself must be supported by valid consideration.

Recent Example: No Unjust Dismissal if Terminated per Employment Contract

A recent case decided under the federal Canada Labour Code (the “Code”) demonstrates how employment contracts can minimize an employer’s legal liability to a dismissed employee.

In Klein v. Royal Canadian Mint Canada, an employee was required to sign an employment agreement when he was promoted out of the bargaining unit into a supervisory position. The agreement stated that:

“… [f]ollowing your probationary period, should your employment be terminated for reasons other than cause, it is understood that you will be entitled to two (2) week notice and not more than three (3) weeks of salary for each completed year of service[.]”

These terms were more generous than the minimums under the Code, but less than what a court would likely award for reasonable notice under the common law. In particular, the Code only required two weeks’ notice of termination and severance pay of five days wages plus two days’ wages per year of service.

After three years in the supervisory position, the employee was terminated without cause. Rather than accept the payments set out in the employment contract however, the employee claimed his termination was “unjust” and filed a request under the Code for reinstatement.

The adjudicator appointed under the Code held that the employment contract was controlling of the dispute, stating that:

“[The employee] freely entered into an employment contract for the purpose of career advancement. He had the option of remaining in his bargaining unit job. … The new position paid a substantially higher salary and carried additional responsibilities. It also removed [him] from the protection of the collective agreement and substituted the terms of an individual contract[.] … The contract as written was clear and succinct.

When the employer opted to terminate without cause, it fulfilled the bargain by offering the requisite severance…[t]he May 2010 offer is still open and this undertaking by the Mint forms part of my determination that the dismissal is not unjust.”

Klein v. Royal Canadian Mint Canada provides an example of how termination provisions in valid employment contracts can not only provide employers with manageable and predictable termination costs, but can also limit other forms of liability such as unjust dismissal applications under the Code.

We invite you to watch for the second installment of “Mind the Gap”, which will appear next week. There we will discuss circumstances in which an employer may introduce written employment contracts – with termination provisions – for existing employees.