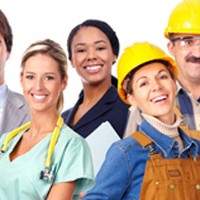 Three business owners in Edmonton, Alberta were recently charged under Canada’s Immigration and Refugee Protection Act (“IRPA”).  These charges relate to the illegal employment and mistreatment of two temporary foreign workers from Israel.

The workers were allegedly initially brought from Israel to Canada to work in a coffee shop in the Edmonton area.  The workers were apparently subsequently told that there was no work in the coffee shop and that they would instead need to work at a creamery company.  A dispute then arose with respect to the employees’ pay and hours of work.

The workers were allegedly subsequently threatened with deportation in the event that they raised any grievances with respect to their employment to any government officials.  The workers eventually however made a complaint to the Edmonton police services.

Two owners of the creamery and the owner/operator of the coffee shop each face four charges under IRPA.  The charges include unauthorized employment of a foreign national, misrepresentation to Citizenship and Immigration Canada (“CIC”), as well as counseling the foreigners to misrepresent to CIC.

Canada has in place strict laws relating to the hiring for foreign workers.  IPRA specifically includes significant penalties for any person or company that employs foreigners without authorization from Citizenship and Immigration Canada (“CIC”).  Specifically, Section 125 of IRPA provides that any person that employs a foreign national without authorization faces fines of up to $50,000 and/or imprisonment of up to two years.   Further, Section 128 of IRPA states that misrepresenting to CIC or, alternatively, counseling one to misrepresent to CIC can lead to a penalty of up to $100,000 and 5 years in prison.

This case serves to emphasize the importance of a solid understanding of the rules and regulations surrounding the employment of foreign workers.   These rules, although quite complex, must be adhered to in order to avoid potential scrutiny on the part of immigration authorities.  Employers that take the time to understand and apply these rules properly however can better take advantage of the Temporary Foreign Worker Program in order to secure the skills needed to support their operations when these skills cannot be found locally.  This will be particularly helpful moving forward as Canada continues to face chronic skilled labour shortages.