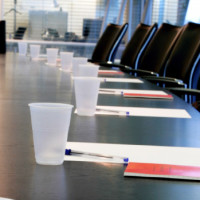 At the end of 2011, we wrote about the case of Maclean v.
The Raywal Limited Partnership. In that case, the Superior Court confirmed that an temporary layoff by an employer constitutes a termination of employment under the common law. Although a recent Superior Court case has questioned this principle (which we will write about shortly), McLean confirmed a commonly held view in this regard.

One interesting issue in the McLean case, which was not really adequately dealt with in the trial level decision, is what is the effect of a recall notice, if the employment relationship was terminated by the start of the layoff. In McLean, the employee received a recall notice at the time of the layoff, effective some eight months after the layoff date. She did not return to work on the recall date, even though she received a letter after seven months confirming her recall date. This offer was confirmed verbally by the President of the company at a golf tournament one day before the mediation in the court action.

The employer argued that even if the original layoff constituted a termination, the employee had an obligation to return to work in order to mitigate the damages arising from the termination.

The trial judge disagreed, and awarded 10 months of lost income. Curiously, although the trial judge said that refusing the job offer made at the golf tournament did not indicate a failure to mitigate, he did not deal at all with the fact that there was a recall date specifically set out at the time of termination, or explain why the employee should not have taken that offer.

The employer appealed, and the appeal was partially granted. In a very brief decision, the Ontario Court of Appeal said that the failure to answer the recall notice constituted a failure to mitigate her damages. Consequently, no lost income should be awarded for the period after the recall notice was effective.  In making this decision, the Court noted that there was no evidence of a poisoned workplace, and the mere fact that there was ongoing litigation did not mean the employee should not return to work.

There are a number of cases now dealing with when an employee has to mitigate their damages by returning to work for their previous employer, most notably the Supreme Court’s decision in Evans v. Teamsters Local Union No. 31. The decision in McLean is helpful to employers in extending the circumstances in which an employee should act reasonably and accept an offer to return to work from the employer who has terminated them.