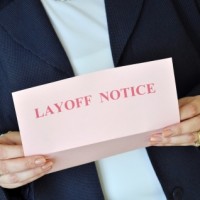 In unionized workplaces, temporary layoffs have long been an employer’s most effective way of responding to economic downturns.  But what about non-unionized employers?

Traditionally, unless an employer can show that it has an implied or express contractual right to temporarily layoff, a court will find that the interruption to employment will constitute a constructive dismissal giving rise to an employee’s right to damages for reasonable notice (the “traditional approach”).

Muddying the waters in which the traditional approach resides is the fact that Ontario’s Employment Standards Act, 2000 (“ESA”) not only addresses temporary layoffs, but even sets out when these layoffs do and do not constitute termination of employment.

Accordingly, it would appear that an employer has the right under the ESA to temporarily layoff an employee as long as the statutory requirements are met.  However, appearances can be deceiving.

Which Prevails, Common Law or Statute?

Under the “traditional approach”, courts view an employee’s implied common law right to not be temporarily laid off as a “greater right or benefit” that will prevail over the standards of the ESA.

“In my view, there is no room remaining at law for a common law claim for a finding of constructive dismissal in circumstances where a temporary layoff has been rolled out in accordance with the terms of the ESA.”  [Emphasis added]

Thus under the “displacement approach”, irrespective of any contractual authority, an employee will not be able to claim damages for reasonable notice of dismissal when an employer’s temporary layoff complies with the requirements under the ESA.

Notably, however, because the employee in Trites had not been temporarily laid off in accordance with the ESA, damages for reasonable notice were still awarded.

The Duty to Mitigate Still Applies

Despite this uncertainty, employees have a duty to mitigate their damages, and any unreasonable refusal to do so, which can include refusing a recall from layoff, may vitiate an employee’s entitlement to damages.

For example, in Chevalier v. Active Tire & Auto Centre an employer temporarily laid off an employee without having the proper contractual authority.  The employer quickly realized its mistake and invited the employee to come back to work.  The employee refused and instead maintained his claim of constructive dismissal.  Given the absence of “embarrassing or humiliating circumstances”, the court found that this refusal constituted an unreasonable failure to mitigate, and as a result, no damages were awarded.

Update:  the Ontario Court of Appeal upheld the trial judge’s decision in Chevalier.

What Does this Uncertainty Mean for Employers?

Given the uncertainty in the law between the “traditional approach” and the “displacement approach”, employers who anticipate needing to temporarily layoff employees should take certain steps to minimize the risk of constructive dismissal.  These steps include:

If an employee still alleges constructive dismissal after being temporarily laid off, employers should consider recalling that employee back to work.  Indeed, as seen in Chevalier, even if the common law attempts to protect employees by treating temporary layoffs as a constructive dismissal, that protection cannot be divorced from an employee’s duty to mitigate his or her damages.

For more information, contact Ryan Edmonds at [email protected] or 416.777.4189.  Special thanks to Justine Lindner, student-at-law, for her help with this post.